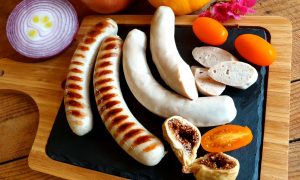 The “OLMA-Bratwurst” is the “Weisswurst” (Bavarian White Sausage) of Switzerland.
The first time a recipe was documented in the year 1438 and since then fundamental ingredients have never changed.
In Switzerland approximately 40 butcher shops are allowed to produce this specialty, which is produced in four main variations:

We at Alpütte produce the “OLMA” version. It has a white color and we follow the Swiss regulation by adding only the following ingredients: Salt, white pepper and mace. Other ingredients, such as onion, lemon, cardamom, coriander, celery and ginger are allowed, but not mandatory.

Our Bratwurst is fully cooked but it needs to be fried in the pan, or grilled over charcoal before you eat it. 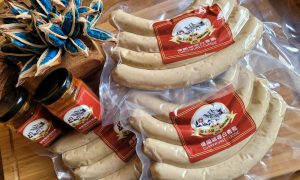 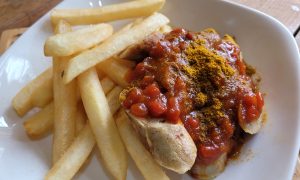 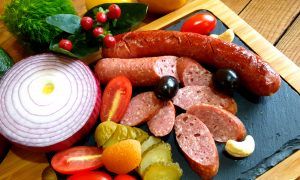 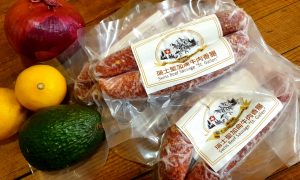 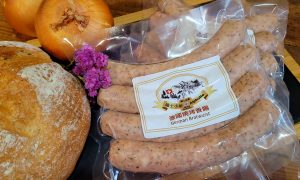 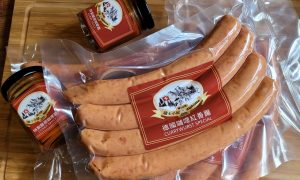 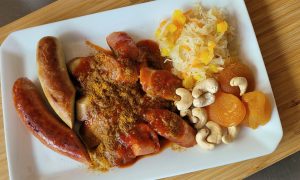